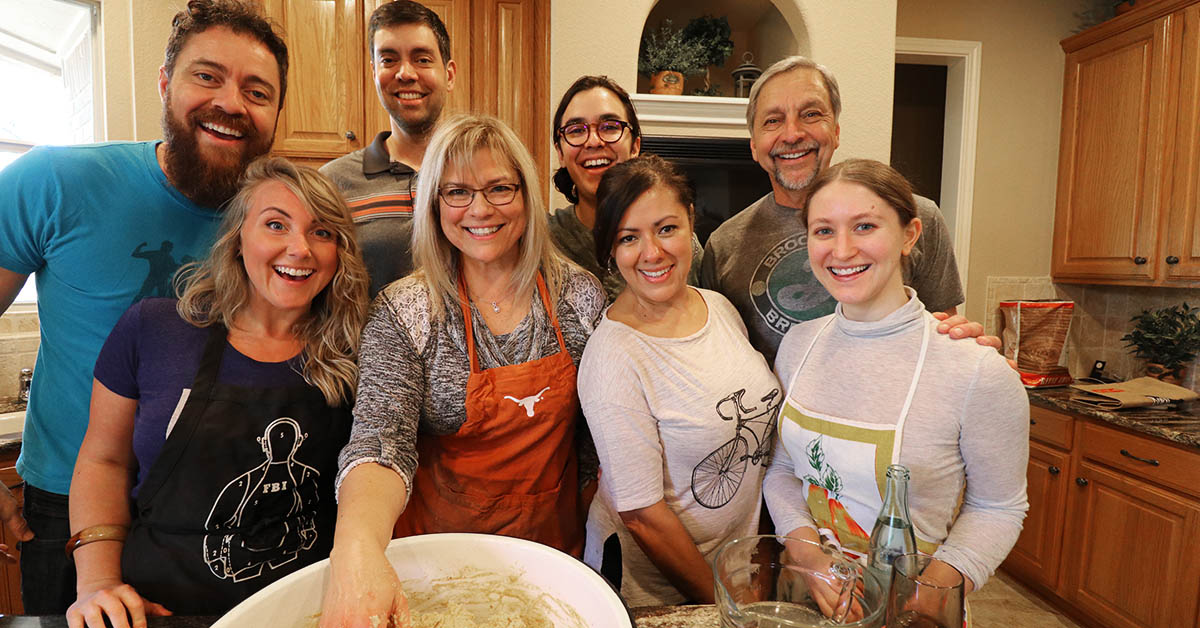 There’s something about the holiday’s that sends me back in time to reminisce about my Great Grandmother’s secret pork tamale recipe, which really rounds off the perfect Tex-Mex Christmas!

Every year, these pork tamales show up like clockwork. I’ve always wondered who spent the time to make them just like I remember from when I was a child.

Until now, this tamale recipe has been held under tight lock and key.

Today, we’re going to blow the lid off of this recipe, because we’ve finally found the heir to the knowledge & tamale technique that’s been around for over 100 years.

What’s really cool is that Erin & I LOVE to cook and experience cool things throughout our travels! The stars were definitely in align for us to enjoy learning this tamale recipe and technique!

Even if you’re not big into cooking, you’ll definitely like this story!

Traditions Shouldn’t Die (Even When You Do)

No matter how much time passes, as long as you’ve got a good tamale recipe, the tradition of Christmas Pork Tamales will live on!

However, unlike Grandma Bea’s cheese enchilada recipe (which was never written down), we’re putting an end to lost recipes by documenting this tamale recipe process, so this tradition doesn’t die!

Now, this recipe is going to be a tricky one, because NOTHING is actually measured. This is going to make the process of documenting a bit difficult, but we’re up for the challenge! 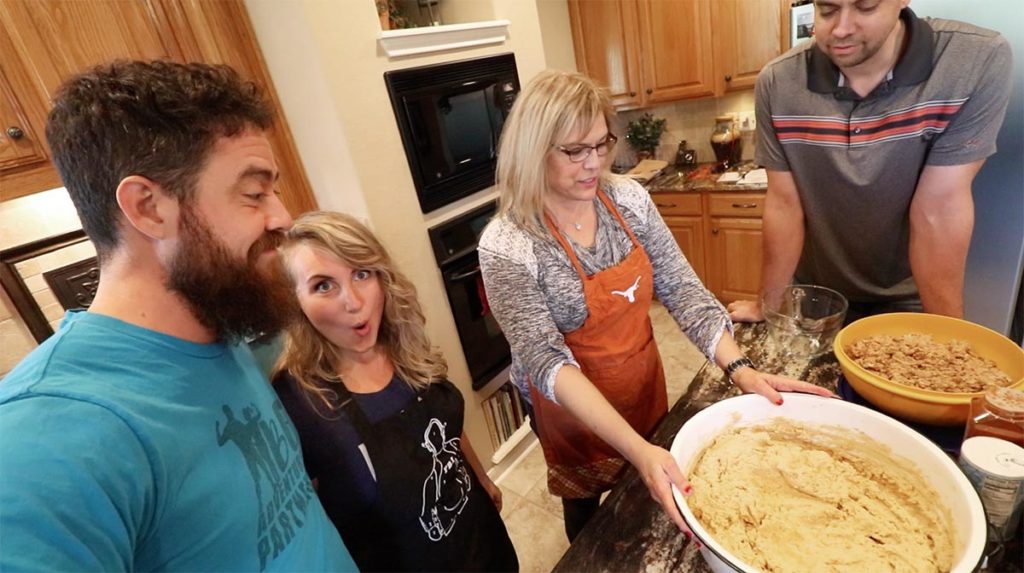 This year, our cousin Gloria came over to my Dad’s house to make my Great Grandmother’s tamale recipe. Her name was Juana Garza Lopez, or as we all called her… Manani.

Both Erin & I were excited when we found out that Gloria had the long-lost tamale recipe locked away in her mind.

Luckily, Gloria was in the teaching mood and let us in on the secret!

Let’s get into the good stuff! 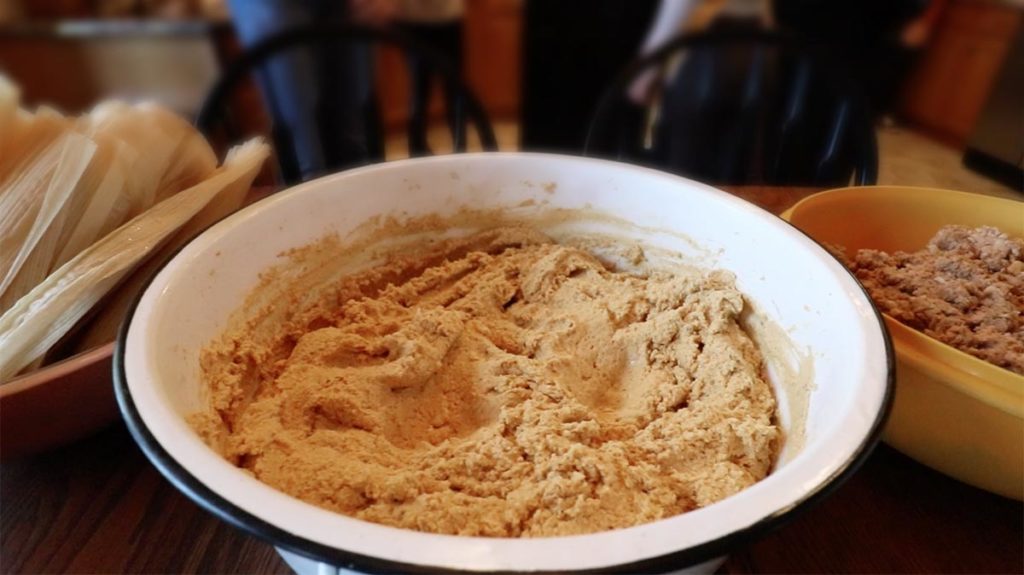 To make your own filling, you can put whatever you like in the tamales. You could create vegetarian tamales, green chile chicken & queso fresco tamales, bean & cheese tamales, pork tamales… The list goes on! If you can grind it & stuff it, make a tamale with it!

We would love to hear in the comments below what combination of tamale innards you use in your tamales!

In this tamale recipe, Gloria had already boiled a 10 lb Boston Butt Pork Roast in pork broth for about 1 ½ hours (or until internal temperature is 165F) the day before.

Season to taste with chili powder, salt, garlic & cayenne pepper (season however YOU want them!) Depending on how you want to roast the pork shoulder, this step alone could take 8 hours if you use a crockpot, or an hour and a half if you boil it.

What’s crazy about tamales, Gloria said that back in the day, Manani would have a WHOLE pig head slow roasting in a MASSIVE pot on the stove.

Because Gloria doesn’t really care to see a pig’s face staring at her every time she turns around in the kitchen, she opts to just boil the pork roast instead.

After the pork shoulder is done roasting & has cooled, put it through a meat grinder like the one that fits on the front of a KitchenAid Mixer. The result will be a fine ground consistency, which will make it easy to stuff the tamales with later.

Start by fully submerging & soaking the corn husks in hot water (not boiling) for 30-60 minutes. You’ll know they’re ready when they are super flexible and don’t crack when you roll up a husk.

This part is pretty hands-off, just make sure that the corn husks are completely submerged so that they all are super soft! 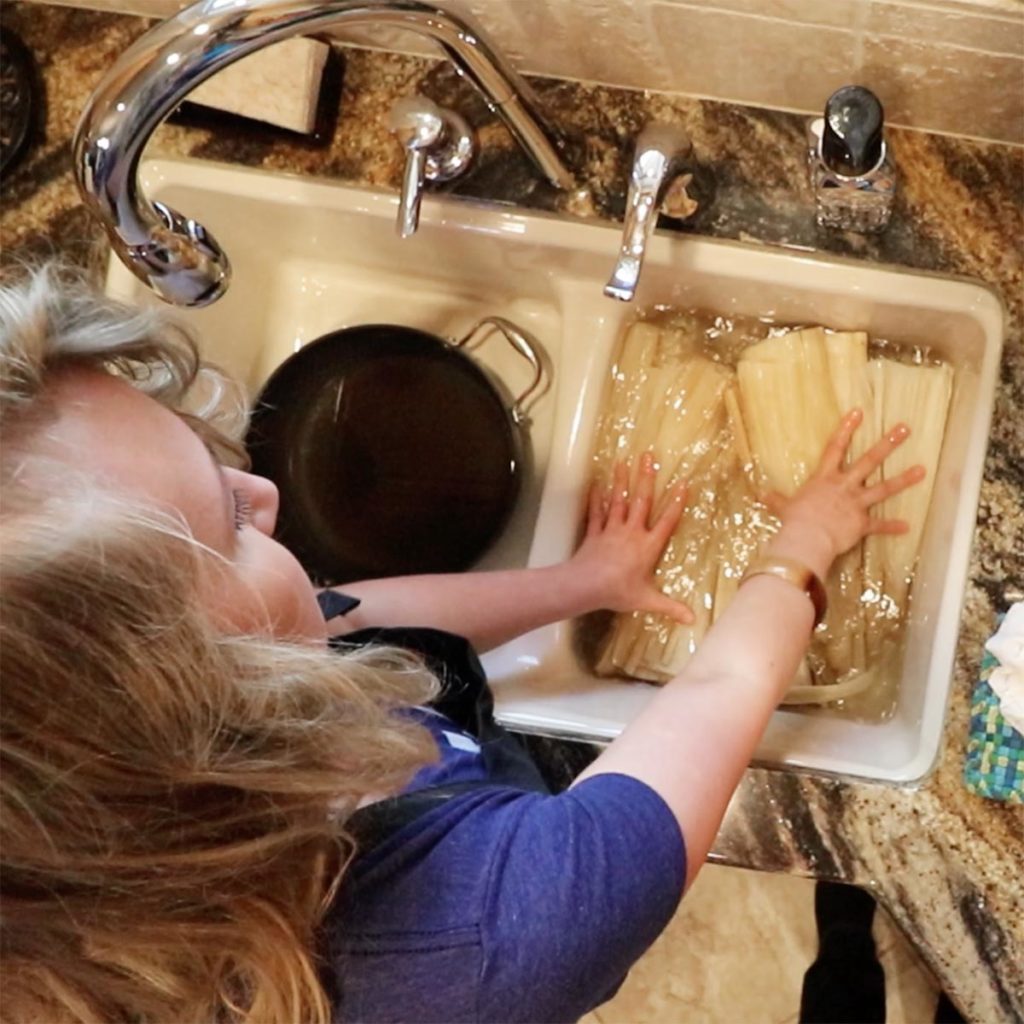 While the corn husks are soaking, put the 3 lbs of lard in a skillet and melt completely on LOW. BE sure that it’s not molten hot (if you can touch it with your fingers without burning yourself AND it’s melted to liquid form, that’s perfect!)

As the lard melts, put the 13 lbs of masa in the 15 qt mixing bowl. Now on this part, you can go the SUPER traditional route and actually make your own masa, but if you have a store near you like Adelita Tamales & Tortilla Factory, then just get the prepared masa without lard from them because it’s a pain in the butt to make!

What is masa? Masa is dough made from maize (corn) flour & is used for tamales, tortillas, gorditas, and other corn-based pastries.

Once the 13 lbs of masa are in the 15 qt mixing bowl, season with melted lard, chile powder, salt, cumin & chicken broth. Knead this mixture by hand thoroughly.

And remember… This is all done by taste & feel. So don’t go overboard on any ingredient because you don’t want the masa too sticky & wet or over seasoned (you can always add to your pork tamale recipe, but if you put too much of something like salt, you can’t take that out).

You’ll know the masa is ready to roll when you touch the back of your hand to the mixture, the masa doesn’t stick to it & you’re left with a shiny back of the hand. If the masa sticks, mix in a little more lard. 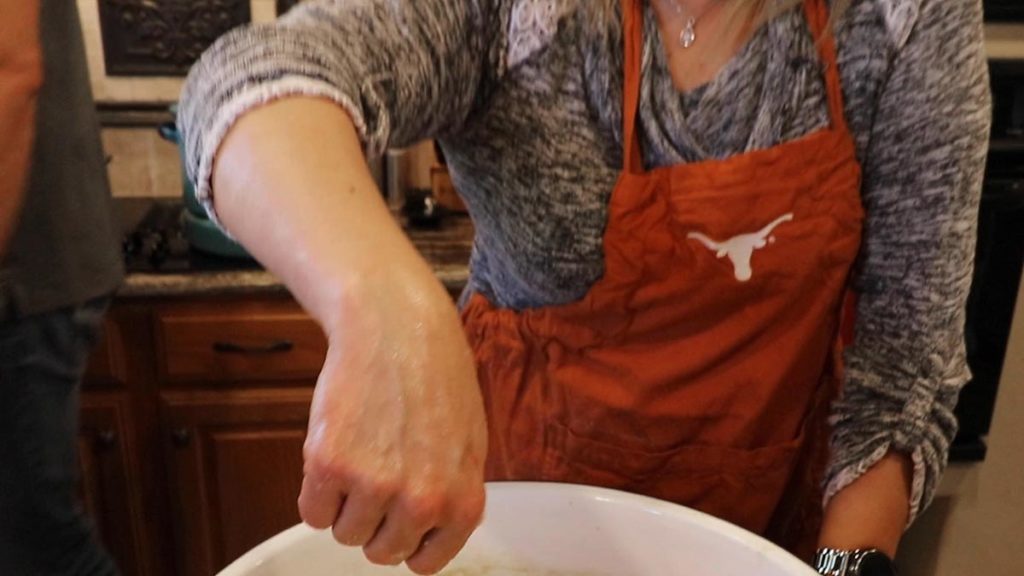 Now that the tamale insides are boiled & ground, the husks are soft from soaking, and the masa is smooth & dryish, it’s time to put it all together to finish making pork tamales. Yum!

Pull all the corn husks out of water, and place into a big bowl so they can drip a bit.

Grab a corn husk in one hand and a spoon in the other hand. With the curved backside of the spoon, scoop up a clump of masa.

Carefully smooth it out on the corn husk on one side from the edge & corner in about a 5-inch by 5-inch area. The thickness should be about 1/8-1/4 inch evenly spread. If you spread the masa too thick, then people will complain that the tamale is “puro masa” which literally means “Purely Dough” and that there’s hardly any guts. No one wants ONLY masa! This makes for a boring tamale. Check out the picture below to see how this spread looks: 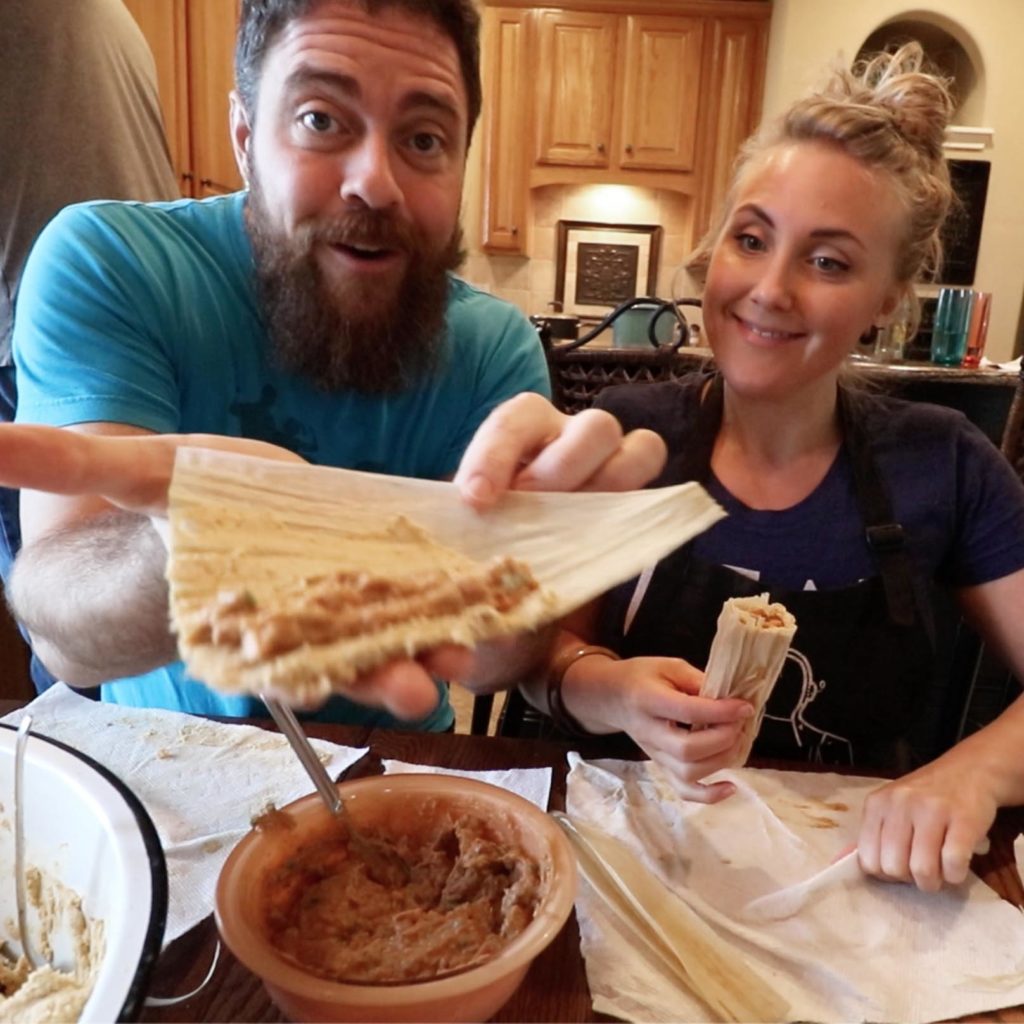 Leave a bit of space on the opposite edge so that when you finish rolling the pork tamale, you don’t have masa trying to escape.

Next up, put a line of pork filling, then roll it gently (don’t squish it).

Pull the empty tail up, folding it against the tamale.

You want enough masa spread out so that when you roll the tamale, the masa reaches the other side & connects. The masa can even overlap the husk a bit. 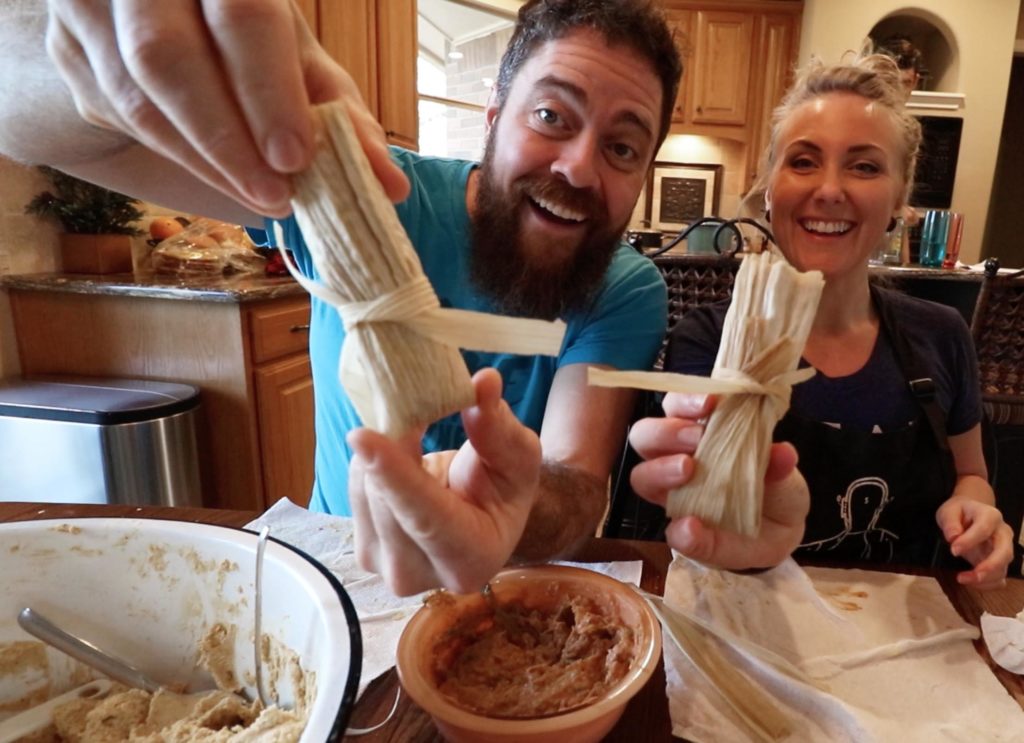 After you roll all 13 dozen, you can start steaming the tamales. Stand as many tamales as will fit inside the tamale steamer pot with the open side facing UP (so the delicious insides don’t fall out!) 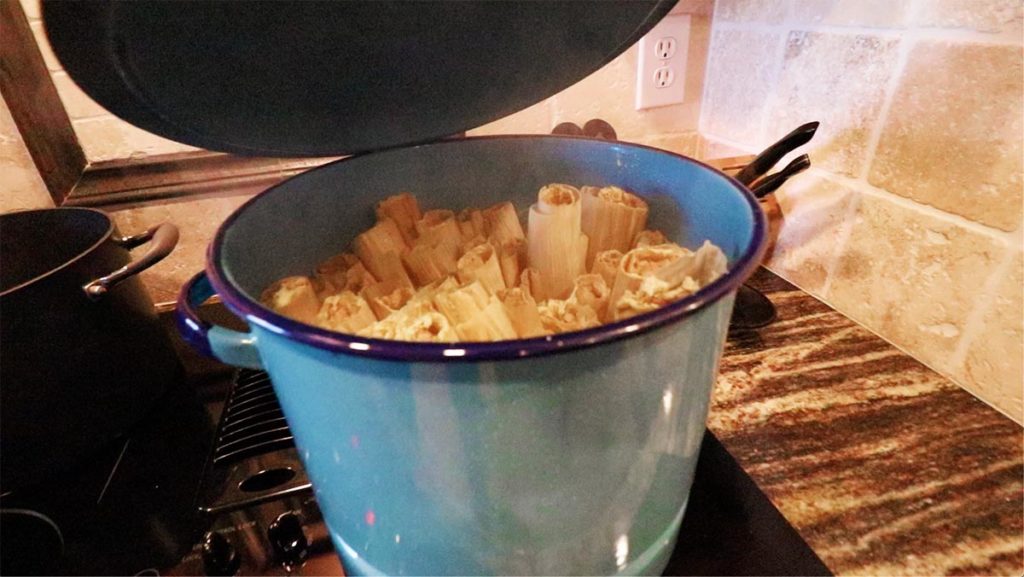 Steam for about 1-2 hours, checking to make sure there’s still water in the bottom of the steamer pot every 15 minutes. You do NOT want to run out of water or it will stop steaming. If you cannot see the water in the bottom of the pot, you’ll know there’s none left if no steam comes out of the pot when you take the lid off… So just keep adding a bit of water as you check.

Start testing the tamales after an hour. If they roll off the husk and aren’t mushy they are done!

Season To Taste With…

Special Thanks To Our Tamale Team 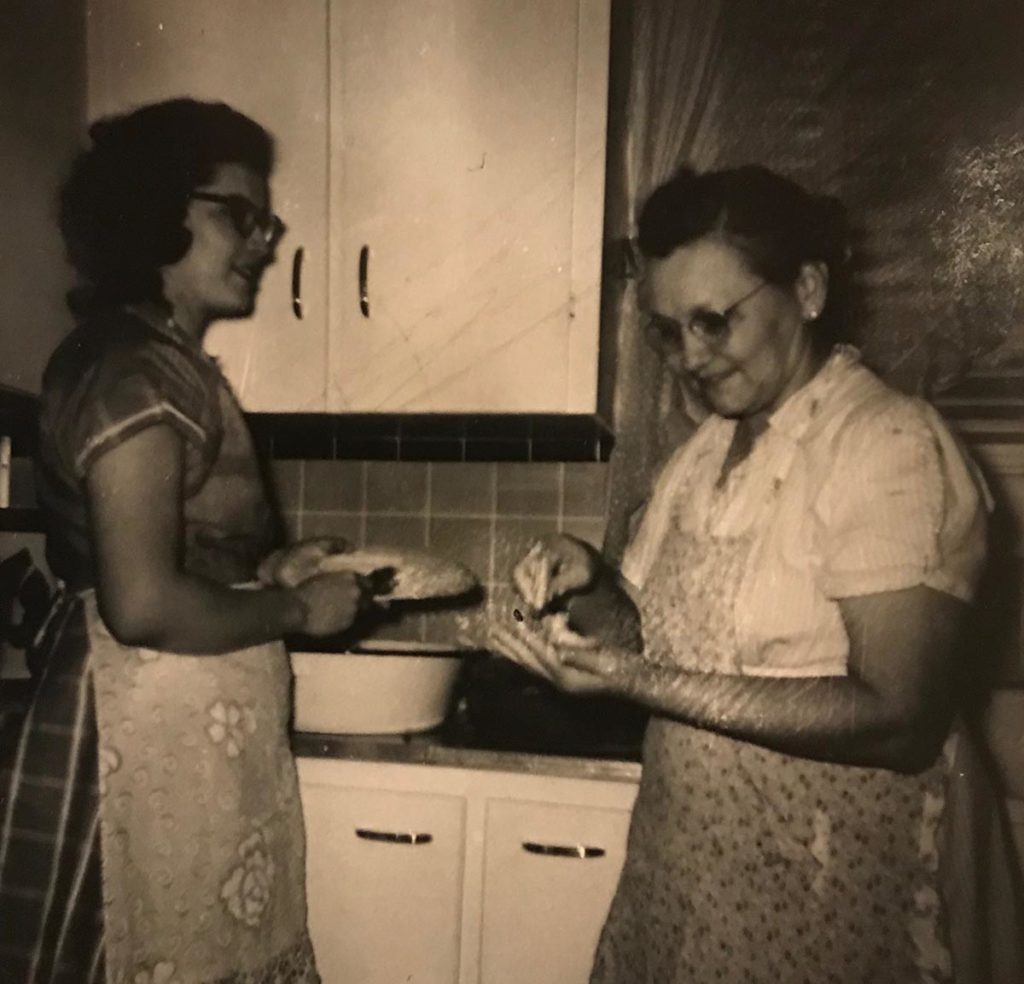 Did This Help You? If so, we would greatly appreciate it if you comment below and share on Facebook, or any of your favorite social media pages!

Today is a travel day where we’re headed from Medellín to Santa Marta Colombia. Little do we know,...

END_OF_DOCUMENT_TOKEN_TO_BE_REPLACED 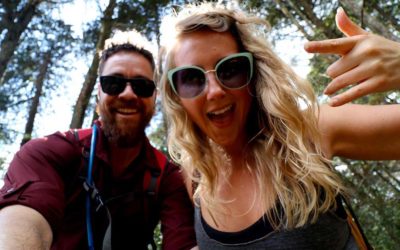 We didn’t get to do as much as we wanted in Medellín because I had altitude sickness for the first...

END_OF_DOCUMENT_TOKEN_TO_BE_REPLACED 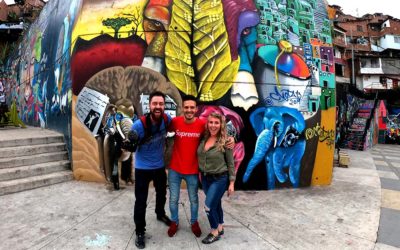 After 50 years of conflict the notorious Comuna 13, or San Javier, Medellín Colombia is no longer...